To The Shelter, Margate 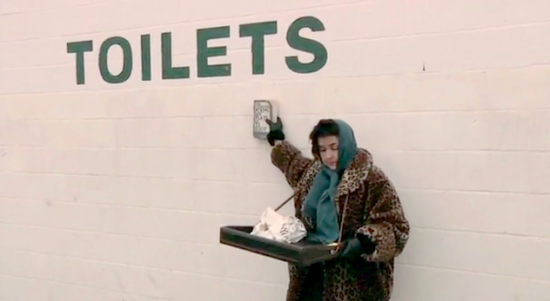 Excerpt from the publicity

“On the late-winter afternoon of 13th February, Marcia Farquhar lead a short guided procession to the seaside shelter where TS Eliot sat in 1921 looking onto Margate sands. ‘I can connect / nothing with nothing’, he wrote. Taking this as its rallying cry, Farquhar’s expedition sought the heart of nothingness and nonsense in Margate’s bleak wintry front.

Exploring the physical, historical and social terrain between Dreamland and Wasteland, the tour was one of a series of works in which Farquhar, the consummate visitor, assumed the role of guide and host, often leading bemused locals through landscapes with which they’d previously thought themselves familiar.

Cups of tea were served in the Substation before and after the tour, with roasted chestnuts on the beach inbetween. Farquhar herself spent the early years of her life just across the Estuary in the seaside town of Felixstowe, over which sweep the same Russian Winter winds. On this occasion, the art gallery will offer some shelter, and the shelter will offer none.”

The Wasters, a band for a day, comprised of:
Pete Fraser
J Maizlish Mole
Sam Willan 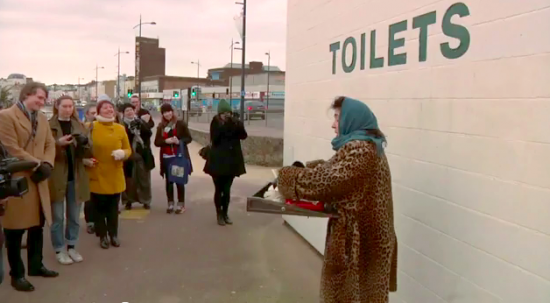 Mole, Pete and Sam, The Wasters
and Paul Hazelton and all at LIMBO
LeadershipRevisitationTours
At Home Child's play Dressing Up Dressing Up Box Expeditions Instruction and information Juke Boxer Leadership Refuse Revisitation Spirit World The Lonely Voice The Tourist Tours