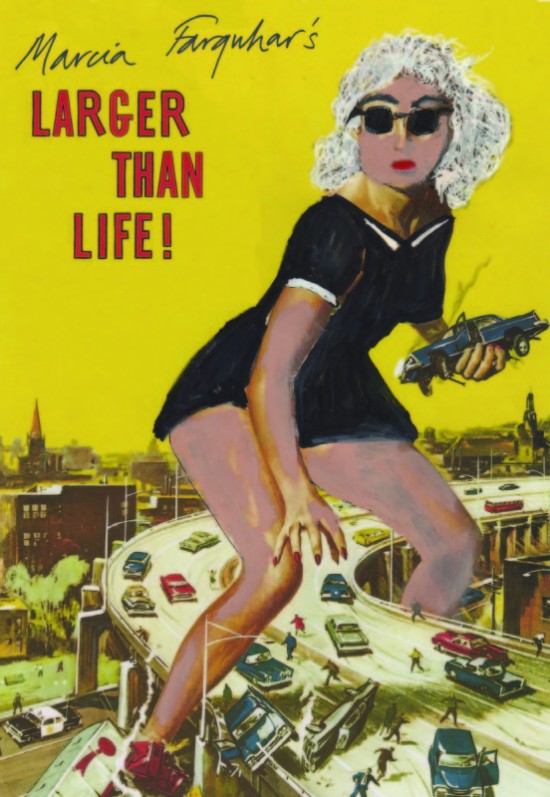 Opening Friday 5 September 6–8pm, with a performance lecture from 7pm.

Grand Union is proud to introduce Larger Than Life, a solo exhibition by Marcia Farquhar. The exhibition presents a series of newly commissioned works comprising performance, installation, video, audio and sculpture. Opening as an unfinished display, Larger than Life will evolve throughout its duration, with additions to the work being made in collaboration with visitors and other practitioners.

Continuing Marcia’s exploration of scale, the exhibition orchestrates a number of situations in which visitors encounter psychological and physical manipulations to their own shape and size. Much of the work alludes to the story of local giantess Jane ‘Jinny’ Bunford, reputably the tallest woman in English medical history. Other aspects borrow from personal narratives, blending the biographical and autobiographical, while calling into question their authenticity.

The exhibition is accompanied by a series of events including a performance lecture during the opening night, a weekend when the artist will be in residence and joined by a number of other practitioners and a Day of the Dead doll making workshop. The closing performance will see Marcia lead a procession to nearby Edible Eastside for a pagan-inspired, fakeloric (sic) burning of an effigy made to the dimensions of the giantess. For more details see our website.

Marcia Farquhar was born in London where she lives and works. Previous work includes Mind Your Heads 2012, The Common Room 2011, The Horse is a Noble Animal 2010 and the book Marcia Farquhar’s 12 Shooters, a 192-page document of her collaboration with 14 artist-filmmakers, published in 2009. More recently she devised Flaxman Exchange as the inaugural UCL Art museum’s artist commission. She also revisited her once-every-seven-years show, Acts of Clothing, at the Palazzo Zenobio, during the preview week of the 55th International Art Exhibition, la Biennale di Venezia. In June 2014 she appeared at PS1 Stanford, Palo Alto, California, with The Long Haul.