She lead, or mislead, a tour of the newly refurbished  Flaxman Gallery and other significant spaces of UCL; ‘to find out where you are going you must come’ she said.

Farquhar has made it a significant aspect of her practice to question and deconstruct the role of the tour guide.
Her performance persona in this context is very much herself, the outsider/ insider imbued with the understanding that history is in the process of being made and as such is always ‘half made’.
As Dr Nina Pearlman of UCL Art Museum has noted, ‘Farquhar’s method of stitching together the factual and the fictional, critical analysis with myth and personal anecdote is the work of a consummate surrealist composer.’

Each one was unique. She was joined by Anni Movsisyan on violin and in a way that cannot be described. 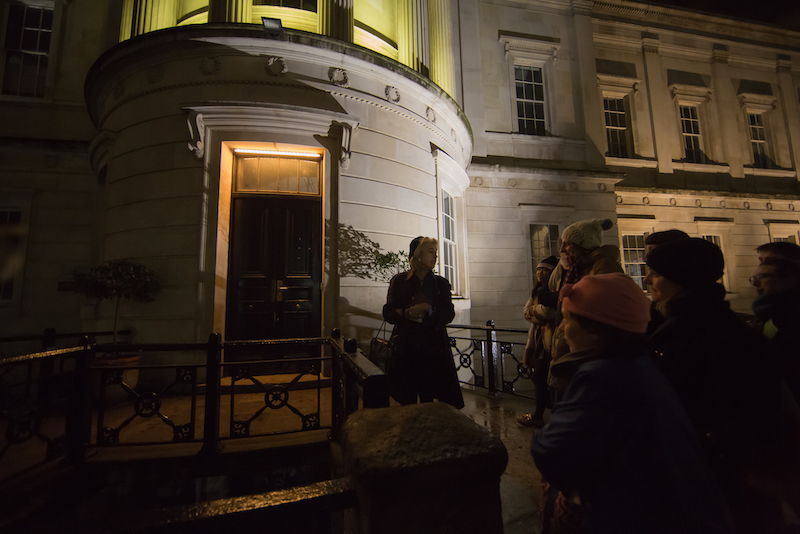 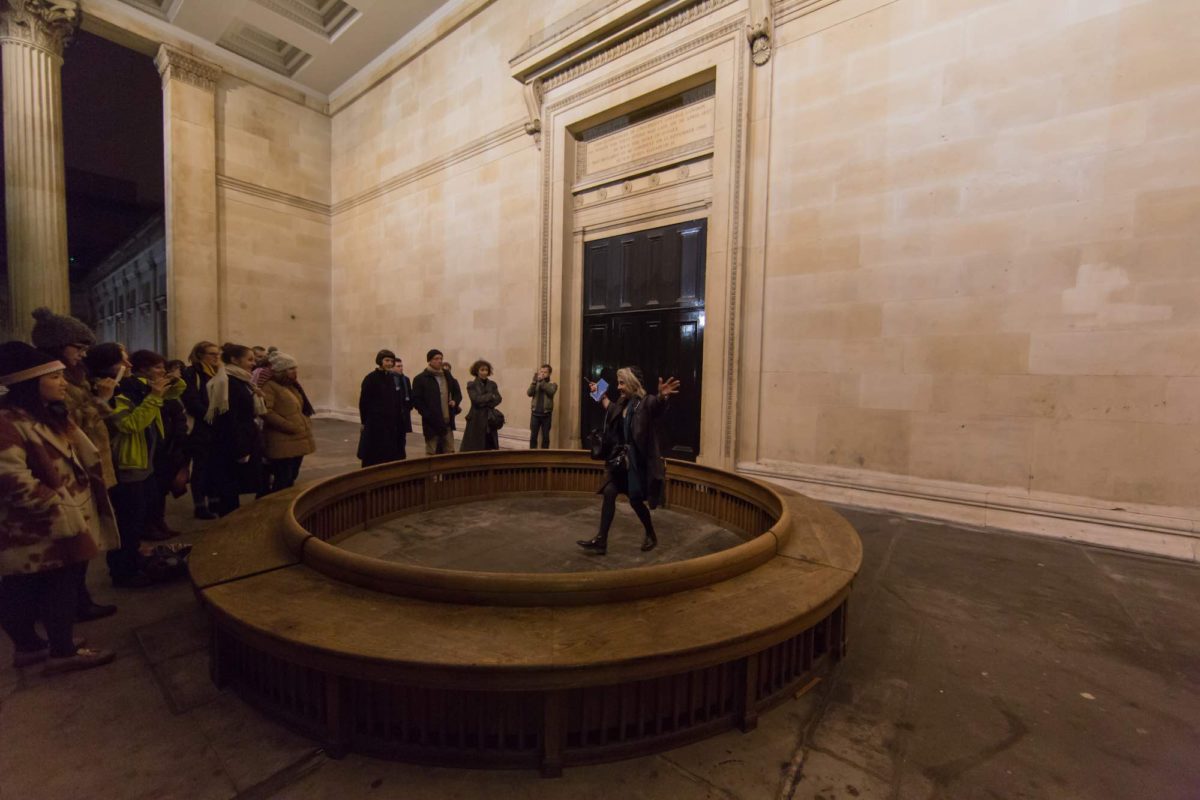 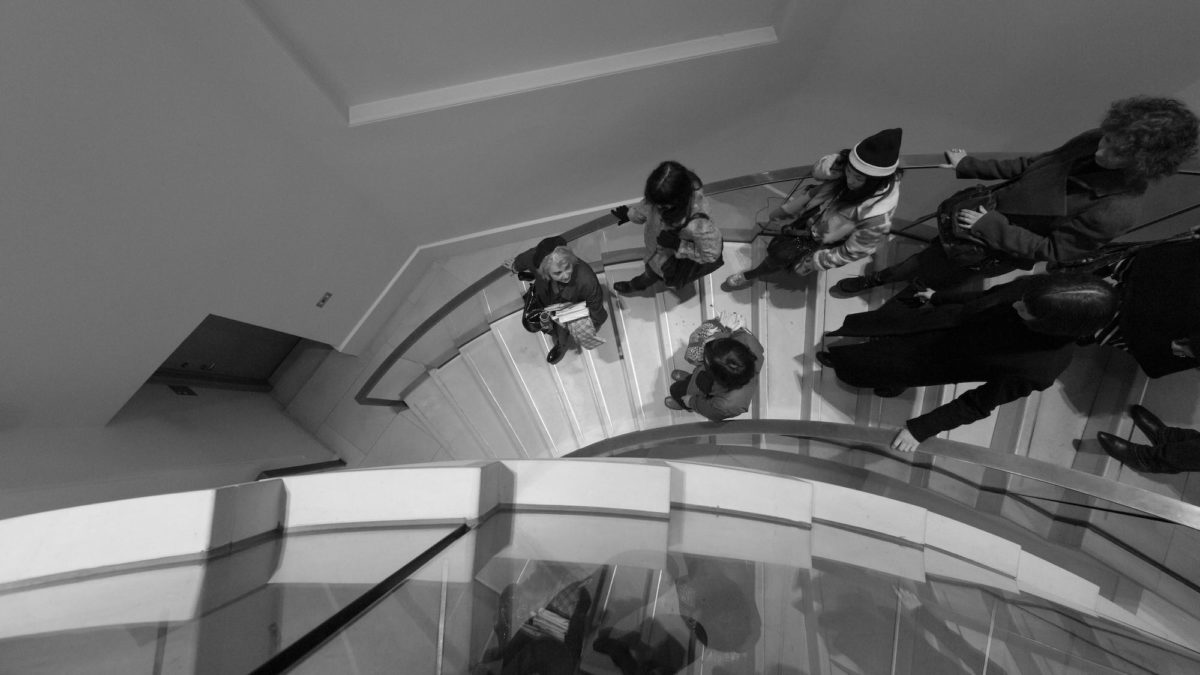 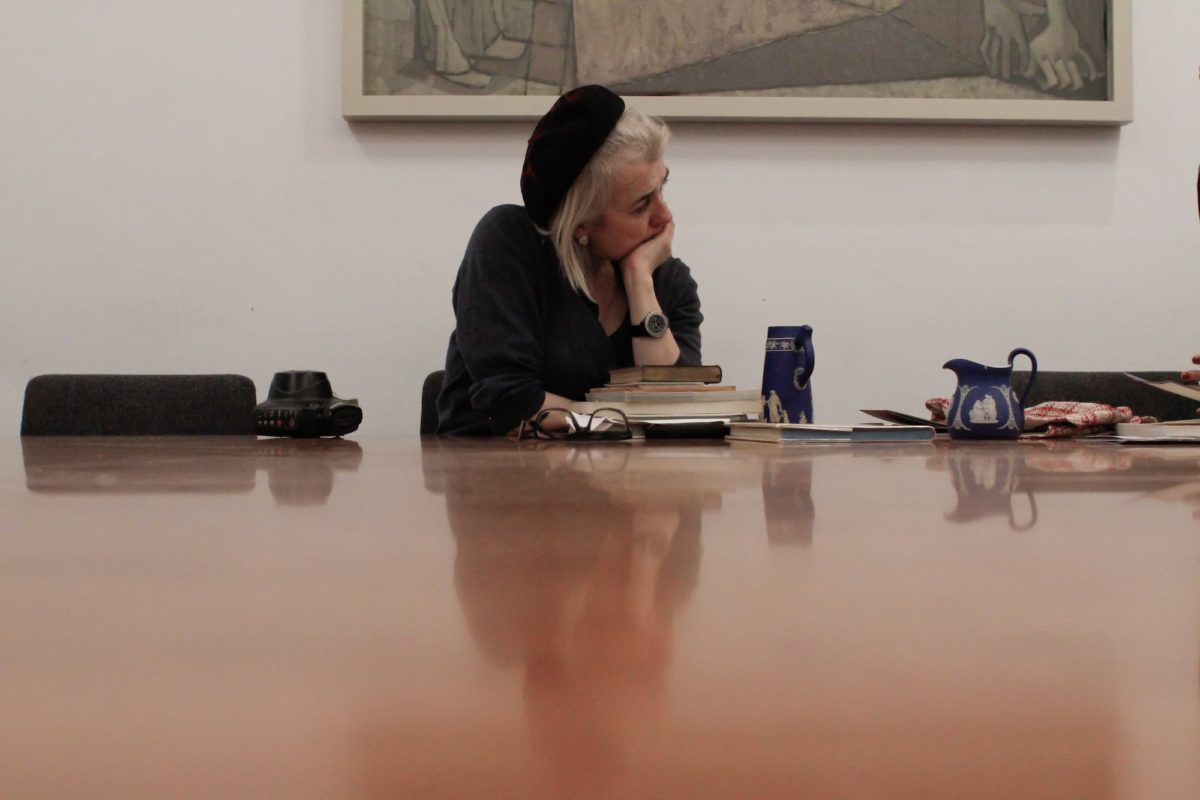