And I, a film by Reynir Hutber with Marcia Farquhar, 2015 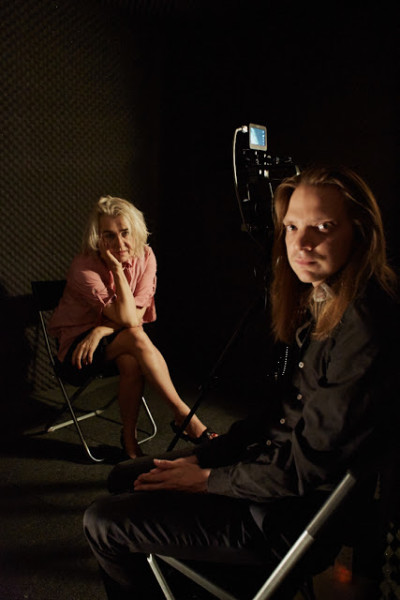 And I
2015
Single channel video, 8:00:00:00
Recorded at Matt’s Gallery, 2015.
A collaboration between Marcia Farquhar and Reynir Hutber.
‘And I’ was supported using public funding by the National Lottery through Arts Council England.

‘And I’ is a collaboration between artist and experimental filmmaker, Reynir Hutber, and many-storied artist and notorious orator, Marcia Farquhar. The film is a single-channel eight-hour video of Farquhar speaking without edits of sustained pauses. Her monologue, occasionally interrupted or prompted by Hutber, is improvised and entirely unrehearsed. The work is an act of endurance for the performers and, potentially, the audience who are free to leave and enter the gallery at will. The video, which is the length of a traditional working day raises the notion of thinking, speaking and remembering as forms of unacknowledged labour. ‘And I’ runs for the full period of a galleries’ opening hours and can be played only once in any one location – despite being a document it has the temporary quality of a performance.

The work is based on an original idea by Hutber and draws on the long-durational live works of Farquhar. The work was produced in partnership with the Live Art Development Agency and was supported using public funding by the National Lottery through Arts Council England www.artscouncil.org.uk.

And I toured between 2015 and 2018 and was shown at USURP Art Gallery, Norwich Arts Centre, LADA (Live Art Development Agency), Colchester Arts Centre and as part of Steakhouse Live 2018 at Toynbee Studios.