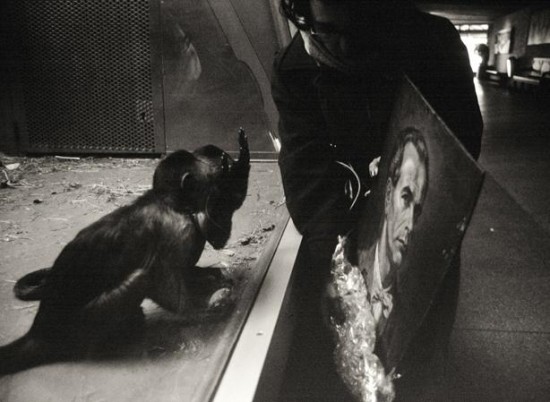 Marcia Farquhar is a many-storied artist in whose work life and art are wilfully fused. Like Diane Arbus, to whose work she will be indirectly paying tribute, Farquhar has often been considered a contentious figure. Among other things, she is known for presenting, preserving and promoting those curious, charismatic characters whose lives have intersected with her own. In this lecture-performance, Farquhar will share her company of uncanny companions, skirting about themes of delusion, belief and self-invention. She will introduce the evening with a screening of two short films from her 12 Shooters project, 2009. The first film, by Judith Goddard, is focussed on Farquhar’s friend the High Priestess of Isis, and the second film, by Uriel Orlow, is about her dead father-figure Imre Goth, a Jewish-Hungarian artist who spoke to monkeys and painted an official portrait of Hermann Göring.